I finished the first five bases today, recovering as I was from watching the Netherlands finish the demolition of Brazilian football. I’m pretty happy with everything on them, except for the unit flashes. Looking further at the flashes on-line this evening they seem somewhat straighter and smaller. Oh well, I guess I will touch them up when I do the next batch of uniform dry-brushing.

Apart from that, I am happy with them. I don’t have to worry about finishing the bases, Anthony will do that so they look the same as the other troops in his forces. 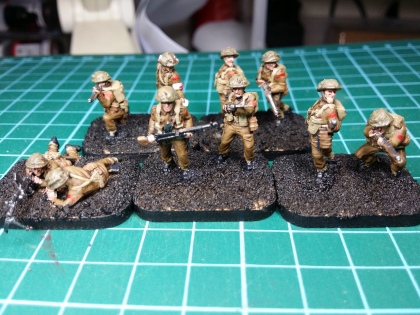 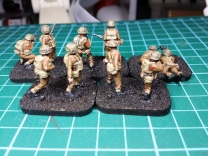 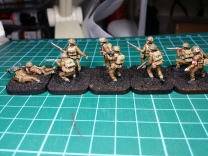 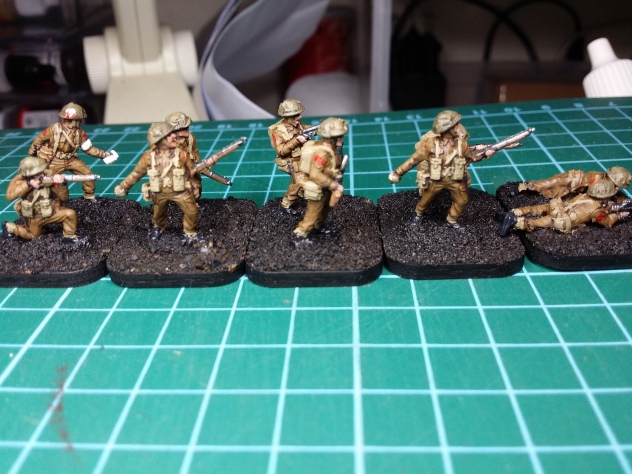 The main colours used were the following (Vallejo unless otherwise noted):

The figures themselves are OK although they appear a little large for 20mm (1/72) and there are a few in odd poses – like the bloke squatting as if he as answering a call of nature whilst pumping a few rounds off from his Lee-Enfield SMLE. The hard plastic takes paint quite well though and has the advantage of not bending like metal does when you bump a figure accidentally.