OK, three months before anything wargaming done other than the Field of Glory online games. The other relevant statistic here is 11 months in Manila and 10 months in this apartment and very little done. I now have some weekend and week-night evening time and the choice is:

It is a tough choice as one does enjoy the odd tipple but I suspect that I will keep number two for Friday and maybe Saturday nights – mid-week only for business.

The bathroom has been cleaned, apartment swept and mopped, balcony mopped, washing done and washing up done so domestic matters have been taken care of. I am planning on rearranging furniture soon but that will have to wait to next weekend. The dining table has been cleared and the painting/computer table is set for a clearing tomorrow so there are no excuses now.

First cab off the rank is to tidy-up any damaged figures from the move over here. Whilst Balikbayan boxes are an inexpensive way to ship stuff to and from the Philippines, they are treated roughly and are inverted at least twice, plus bumped and bounced around in the back of trucks and when being loaded into containers.

There are some photos of the effect of that movement on the troops. The 6mm figures were fairly well jostled around but not as badly as the 15mm figures. I guess it is because the mass of the 6mm bases is much less than the 15mm bases.

6mm Polemos Ancients – these will be re-based and reused for 6mm DBA.

The Russians appear to have some command and control issues

Once they have been sorted, I have two boardgames I want to start on (actually, I think it is really three or four boardgames). The Great War in Europe from GMT games is one I have been wanting to play for a while so that may be the first occupant of the dining room table. The other games related to the Mongols, including GMT’s Devil’s Horsemen as well as S&T’s issue on the Mongols. 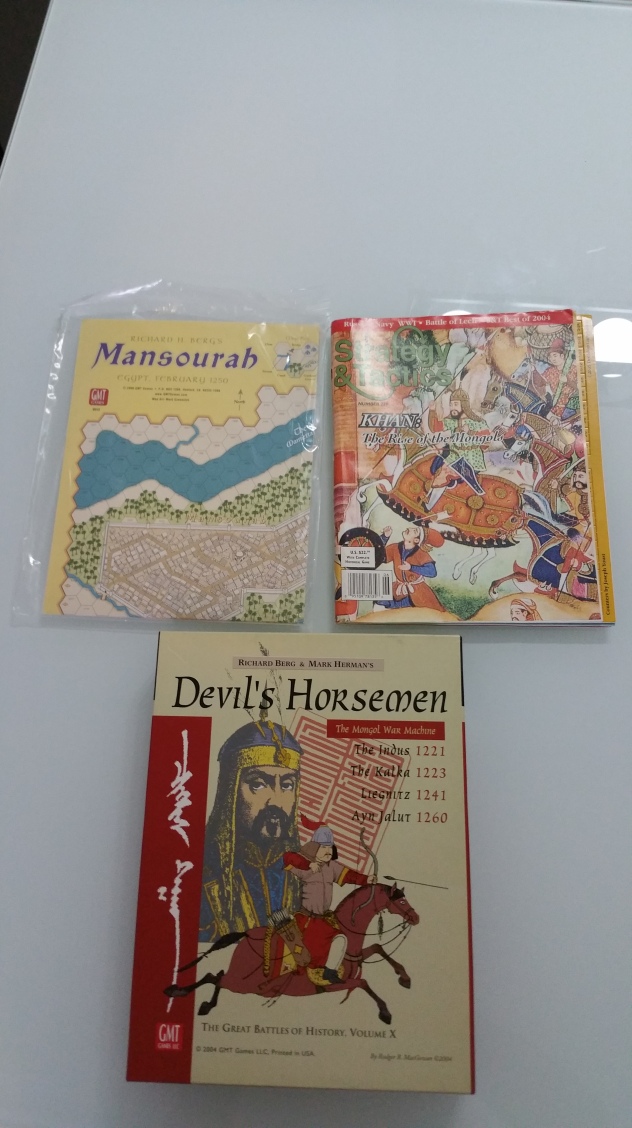 So, someone is now on the way to seriously un-stressing!

Now, where did I put those dice!

5 thoughts on “Finally, Got Started!”