“Sir Ian, there is a parcel for you”.

With those words from the Concierge at the condo, I was handed two cards from the PhilPost Central Makati Post Office telling me there were two parcels there. Now I was expecting a cover for my LG tablet, a couple of books and some wargame figures (English Civil War 6mm to be exact). I wondered which two parcels they would be. I had a meeting in Pasay in the morning then thought I would come back to the Post Office as it would be lunchtime. I prepared to travel back in time to 1954.

I dropped in and handed the cards over with my ID card. In record time the staff returned with two parcels for me – a small envelope and a huge box from Amazon.com. I had one of those moments looking at the box, paid the 224 pesos for the retrieval of the two parcels and returned home for lunch (and to open the parcels of course).

The small envelope certainly contained a cover for my tablet. I then opened the large Amazon box and found 7 books there, 5 more that I had recalled.

At least none of the books were repeats of books I had previously purchased and I recall now that I had purchased a few book as they were all in my sphere of interest.

Next time I think I will leave a note to myself on the fridge with details of each order. Then again, opening the parcel was like Christmas as I had not remembered what I ordered so each book was a pleasant surprise.

The loot is shown below! Oops, I did I order that many? I guess I did. 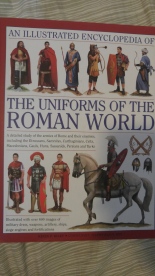 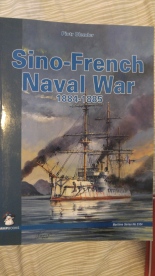 7 thoughts on “Oops, did I order that many?”