Two weeks of extended community quarantine have now passed and while the daytime has mostly been taken up with work from home tasks, late night to relax I have been working on some 1/3000 scale Fujimi models of modern Japanese warships.

These are delightful models, full of character and detail. When compared to the humble Navwar models I painted a couple of years ago, well, there is no real comparison. Admittedly these are somewhat more expensive, maybe 1.5 times the cost of Navwar and plastic so lack the reassuring heft of metal models, but the final result of a little work, and they look absolutely wonderful.

The decals that come with the models really make these too, even down to hull numbers on the vessel, something that is far above my painting skill.

The decals for these Fujimi vessels perform the same magic, marking the landing spot for the ships’ helicopter(s).  This box represent the first flotilla of the modern Japanese fleet, circa 1995. I have another box of Fujimi ships that represent the same flotilla several years advanced, including a full-on helicopter carrier, a DDH that is currently under conversion to become an aircraft carrier.

As for the community quarantine, it is tough residing in 42 square metres. In the afternoon I walk to the local convenience store for “food” – in my case, a large can of beer. It is my only outside time unless I am called into the office. I do hope that after the month that Metro Manila, indeed, Luzon, has spent locked up flattens the curve enough for us to rejoin the world outside, and safely for us old-timers.

So, for sanity’s sake, my late evening, after work, was spent adding just one colour to the models, followed by the can of beer then sleep. Last weekend was the first one off as well and that allowed me to finish the vessels. You can see the progress below: 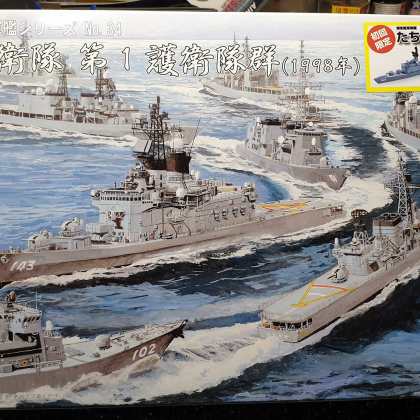 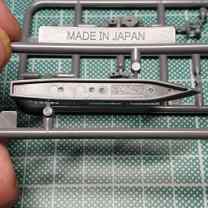 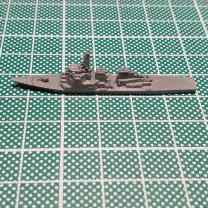 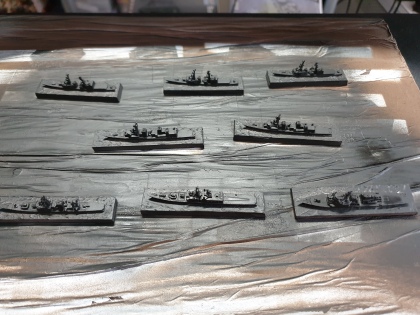 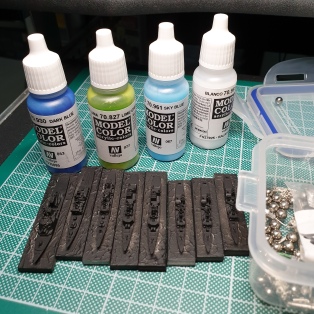 The final product, after painting 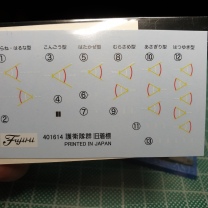 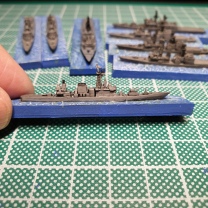 Next task, in the late evening, tidy up my work/hobby table. Yes, it is a shared space. Then decide on the next painting project.

10 thoughts on “Two Weeks Locked Up, Two Weeks to Go!”