These have been complete for a few years now but I thought that as I was showing off new 6mm armies, I should show off a few older ones as well. Today, it is the turn of the Numidians.

The Numidians/Moors are recorded from the time of the Punic Wars to just after the Heraclian Dynasty in the East and the start of the Twenty Years’ Anarchy in Byzantium.

The Numidians were renowned as the best light cavalry in the period around the Punic Wars and are one of the easiest armies to paint, consisting of a plain tunic of unbleached material, a plain hide shield (undecorated as near as I can find), flesh and hair. Job done, a true four colour paint job!

The Numidians and Moors rode ponies, generally without bridles or saddles controlling their ponies with their knees. They were usually light troops and performed excellent service for both the Carthaginians and the Romans.

These make a great army for a campaign set as they were both allies and enemies to the Carthaginians as well as to the Romans. If I grab a few more I can even manage the civil war between Jugurtha and Adherbal in 112 BCE.

The figures are from Baccus 6mm Miniatures. I finished painting these back in 2011 when living in Singapore (goodness, has it been that long?). They are part of a set known in Thomo’s Hole as the Singapore Project. The army was constructed for the previous version of the DBA rules as are the rest of that set. DBA Version 3 was released in 2014. 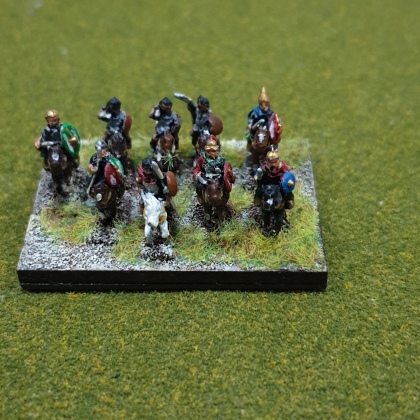 The Command base as Cavalry. There is a Light Horse command as well 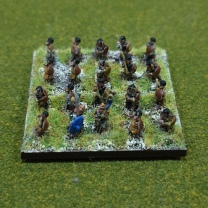 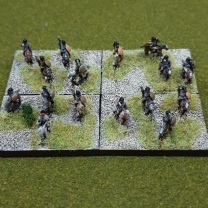 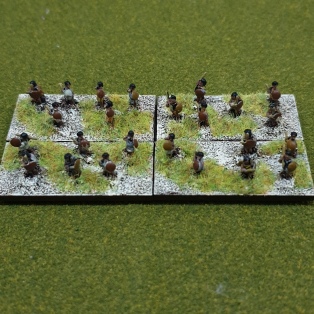 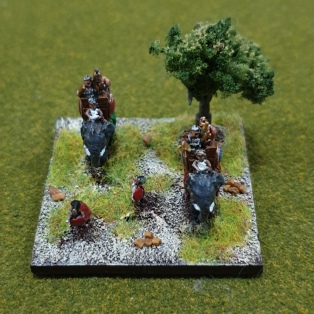