In cleaning up around the place I decided that I could part with issues 1 to 6 of the Courier. Having read these about 50 times each I thought it was time to pass them on to someone else. These date back over 35 years so are older than many wargamers these days. Read some early words from some of the grandfathers of wargaming. 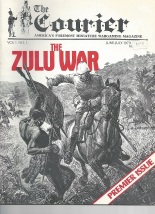 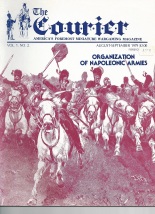 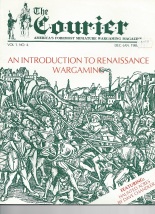 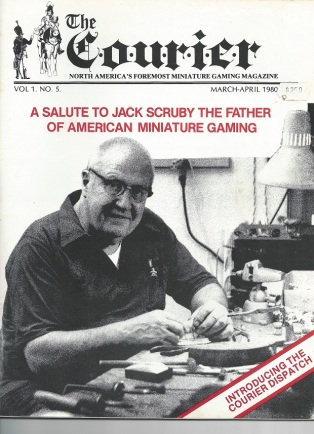 Friend Douglas is off on a long term jaunt to Scotland. He’s accepted a job there and will be travelling shortly to the land of Auchentoshan, gentlemen in skirts, and haggis and neeps.

Hmm, actually it is not so much a dilemma now as more a quandary – with the quandary being how fast can he sell the lead off.

Take a stroll to his blog where he has listed what he is looking at to get rid of (I can almost see the tears in his eyes).

His blog is Lead Odyssey – and the items for sale are listed on this page.

Marulan is a small, p***-f*** town located between Mittagong and Goulburn. In fact, when you get to Marulan, you are almost at Goulburn (on Australian distance standards) ((of course, if you miss the turnoff to Marulan, you get to drive to Goulburn anyway so you can turn around)). A while back young Mr Kendrick organised a car boot sale for wargamers – sort of a bring and buy without a major wargame show around it.

Chris notes that he is

Expecting a big day..many books this time. including Peter Callans Osprey collection. most of my  20th century history, Starkers  giant book collection (make of that what you will) the Guildford three and their van full of  plastic kits..Simon Ford with his 5 table worth of 20mm WWII and Moderns, blue willows collection of painted armies for sale and ever so much more

The sale is held at:

If you want some more information or want to sell something there, contact: